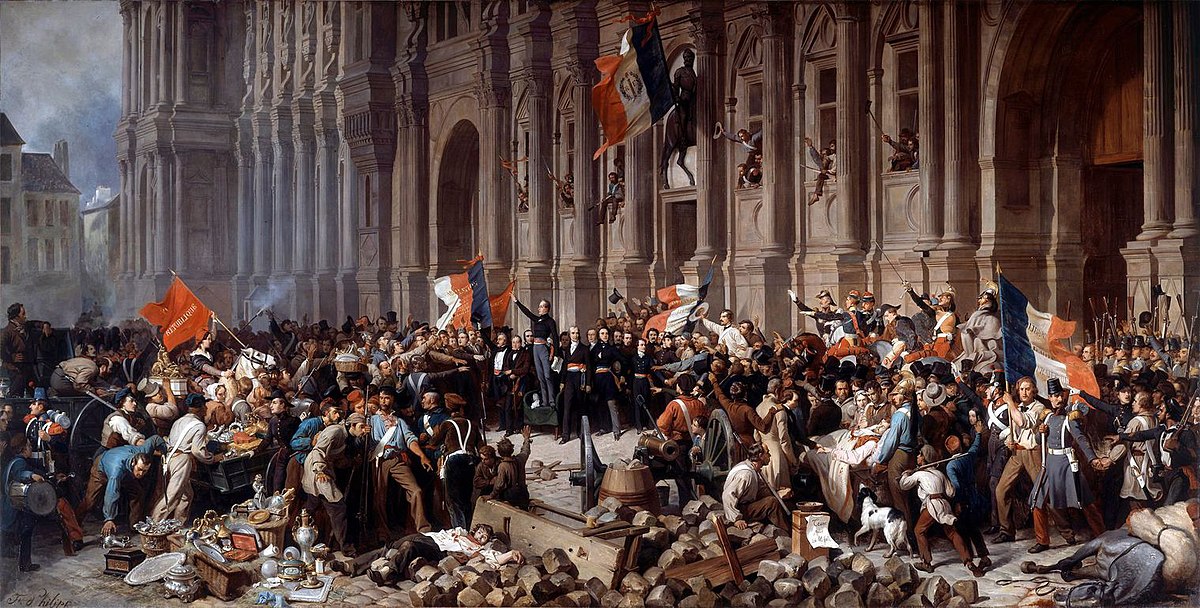 The Rise of Nationalism in Europe

(c) The Greek War of Independence

(e) The role of women in nationalist struggles

(c) The Greek War of Independence:

(e) The role of women in nationalist struggles:

2. What steps did the French revolutionaries take to create a sense of collective identity among the French people?

The French revolutionaries took following important steps to create a sense of collective identity among the French people which were:

3. Who were Marianne and Germania? What was the importance of the way in which they were portrayed?

5. What changes did Napoleon introduce to make the administrative system more efficient in the territories ruled by him?

Napoleon introduced following changes to make the administrative system more efficient in the territories ruled by him:

1. Explain what is meant by the 1848 revolution of the liberals. What were the political, social and economic ideas supported by the liberals?

The revolutions of 1848 refer to various national movements in different parts of Europe like France, Poland, Austro-Hungarian and Russian Empire. Such movements were led by liberal educated middle classes as well as there were revolts of the poor, unemployed and starving peasants and workers in Europe. Women also participated in great numbers in such movements.  Food shortages and widespread unemployment vexed the poor while men and women of the liberal middle classes came together to voice their demands for the creation of nation-states based on parliamentary principles. Frankfurt parliament in 1848 was one such attempt to establish the German Nation.

The political, social and economic ideas supported by the liberals were:

Political Ideas – Freedom of individuals, equality before law, constitutional governments by consent, parliamentary system formation of nation-sates. Frankfurt parliament in 1848 was one such attempt to establish the German Nation.

Social Ideas- They wanted to get rid of society of its class-based partialities and birth rights. They advocated the abolition of Serfdom and bonded labour.

Economic Ideas – They demanded the right to property and economic unification through freedom of markets and Abolition of state-imposed restrictions on the movements of goods and capital.

2. Choose three examples to show the contribution of culture to the growth of nationalism in Europe.

Romanticism: It was a cultural movement in Europe to develop sense of national unity by creating a sense of shared heritage and common history. The Romantic artists criticised science and reason and laid emphasis on emotions, intuition and mystical feelings to install national sentiments.

Folk songs, dances and poetry: Being a part of the lives of the common people, folk culture enabled nationalists to carry the message of nationalism to a large and diverse audience. German Gottfried saw the true spirit of nationalism in folk-culture. Grimm brothers collected folktales and published them. The Polish composer Karol Kurpinski celebrated and popularised the Polish nationalist struggle through his operas and music, turning folk dances like the polonaise and mazurka into nationalist symbols.

Role of Language: An example of this is how during Russian occupation, the use of Polish came to be seen as a symbol of struggle against Russian dominance. Polish language was forced out of schools and Russian language was imposed everywhere. Many members of the clergy in Poland refused to preach in Russian, and used Polish for Church gatherings and religious instruction. The emphasis on the use of vernacular language, the language of the masses, helped spread the message of national unity.

3. Through a focus on any two countries, explain how nations developed over the nineteenth century.

Answer:  Examples of the two countries: Germany and Italy

Political fragmentation:Till the 19th century thepresent-day Germany and Italy were fragmented into separate regions and kingdoms ruled by different princely houses. Germany into 39 states and Italy into 7 states.

Revolutionary uprisings: Nineteenth-century Europe was characterised by both popular uprisings of the masses and revolutions led by the educated, liberal middle classes. The middle classes belonging to the different German regions came together to form all-German National Assembly in 1848. It was forced to disband by the combined forces of aristocracy and military.

In 1830s, revolutionaries like Giuseppe Mazzini sought to establish a Unitary Italian Republic. However, the revolutionary uprisings of 1831 and 1848 failed as crushed by the Austro-Hungarian empire.

The Italian state of Sardinia-Piedmont played role in Unification of Italy. Count Camillo de Cavour (the Chief Minister) led the movement to unite the separate states of nineteenth-century Italy with the help of the army and an alliance with France. Giuseppe Garibaldi and his Red Shirt conquered the southern parts of Italy to form a united Italy. In 1861, Victor Emanuel II was proclaimed the king of the united Italy. The papal states joined in 1870.

4. How was the history of nationalism in Britain unlike the rest of Europe?

5. Why did nationalist tensions emerge in the Balkans?

A Tiger in The Zoo Class 10 English Solutions, Summary, Video