Skip to content
Class 10 Social Science Chapter: Life Lines of National Economy starts with the ‘importance of transport, and explains the concept of ‘traders’ who act as a link between the supply and demand locales. fast and efficient means of transport and communication are prerequisites for fast development.

‘Waterways’ section in the book discusses ‘National Waterways’ – NW 1 to NW 5. It also includes a map for major ports of India on the western and eastern coast of  India.

‘Airways’ section in the book explains the importance of airways in times of calamities and disasters as well as its importance for the hilly regions of Nort-Eastern states. It also includes a map for ‘International Airports” of India.

Next, the chapter explains that ‘International trade is the index of a country’s economic prosperity’. The chapter discusses the ‘major imports and exports of India’.

The last part of the chapter explains the importance of ‘Tourism’ and highlights how it provides jobs to millions and has the capacity to become an industry in itself.

The chapter has 2 Map Skills – ‘International Airports’ of India and ‘major ports’ of India.. for class 10 as discussed below. See the maps and watch the videos on our channel and practise by filling blank maps of India. 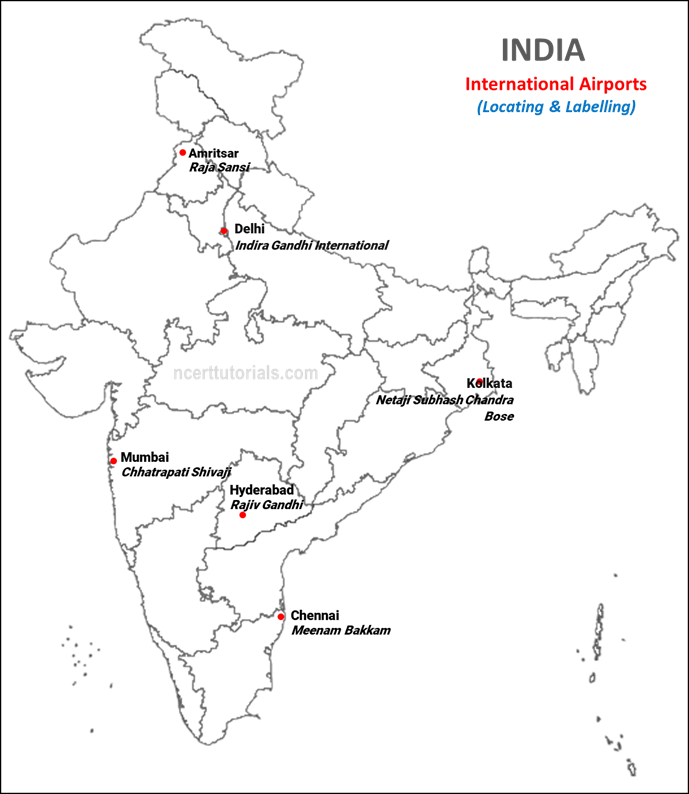 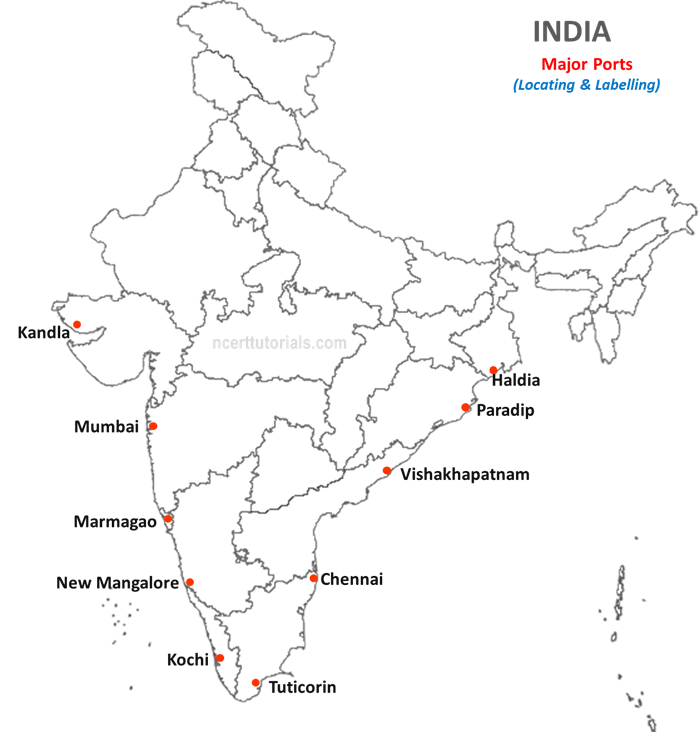 Click here to watch the Video on “All Maps of Class 10′.